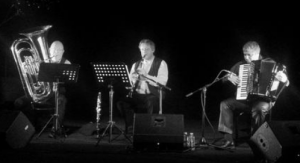 This instrumental trio was created at the initiative of Gjovalin NONAJ, accordionist born in Lezhe (Albania), Belgo-Albanian nationality, 1st prize accordion of Tirana and Brussels Conservatories.

Poly-instrumentalist (lahuta, çifteli, horn, clarinet), he has in his repertoire many songs and instrumental melodies from the Balkan folklore.

Composer and arranger, Gjovalin NONAJ also wants to promote the music of his native country and make it known to the greatest number.

It is surrounded by Christian DEBAUVE, clarinettist, professor at the Brussels Conservatory and Didier HEGGERICK, tuba player with the Royal Band of the Guides.

“NONAJ BALKAN” aims to take you out of quiet borders of our beautiful country and to travel in search of sound materials on which was built our musical heritage. 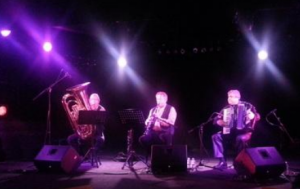 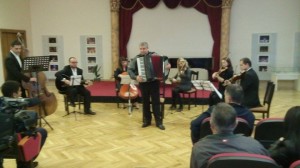 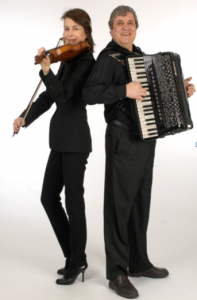 Mrs. Lucia Barcari and Mr. Gjovalin Nonaj are without a doubt not a traditional musical duo. Through their blending of violin and accordion, performing both classical and folk music, they create a unique auditory experience. The duo presents a delightful program full of transitions between playful lightness, dynamic intensity and gentler tunes. Both of these artists have already received considerable acclaim on their own, and international audiences are not new to either of them. Mr. Nonaj has not only played with various ensembles, orchestras and solo, but also contributed to event such as Balkan Trafic Festival . Mrs. Barcari has given solo concerts in Germany, Finland, Ukraine, Belgium and Canada, in addition to busy orchestral and teaching schedule.

Combining their individual extraordinary talent, the duo performs a diverse blend of compositions. Their body of arrangements, which might well be one of a kind among contemporary instrumental ensembles, earned them standing ovations from their audience. 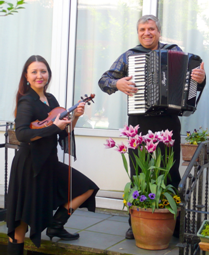 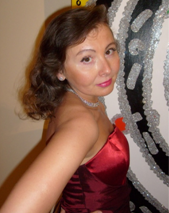 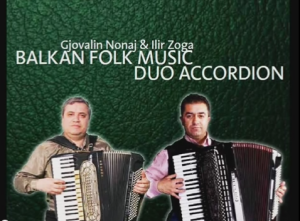 Gjovalin and Ilir’s accordions join together to present their rich repertoire of European traditional music. Both artists have played in concert on the international scene. As composers and instrumentalists who master popular and Balkanik music, they strive to keep traditional music intact and original. Among other things, they distinguish themselves by their skilful improvisation. The complicity between these two passionate musicians is undeniable. 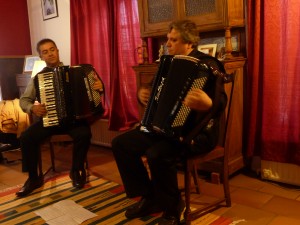